partners area
You are here: Home / Newsroom / And the award goes to… FREVUE

Although FREVUE came to an end in September, the project still wins awards. Lately, FREVUE has been rewarded by two juries!

On the 11th October 2017, FREVUE coordinator Cross River Partnership (CRP) received the the 2017 LowCVP Low Carbon Champions of the Year Awards in the Low Carbon Road Transport Initiative of the Year category. The efforts done by the project partners to gather the evidences of the multiple positive impacts from the deployment of electric vehicles including a reduction in air pollution and noise, as well as cost savings were rewarded.

On 23rd November 2017, Cross River Partnership received the National Air Quality Award in the Freight Transport Air Quality Initiative of the Year category. FREVUE was rewarded for the successful deployment of over 80 electric freight vehicles in eight of Europe’s largest cities.

Congratulations to Cross River Partnership and all FREVUE partners! 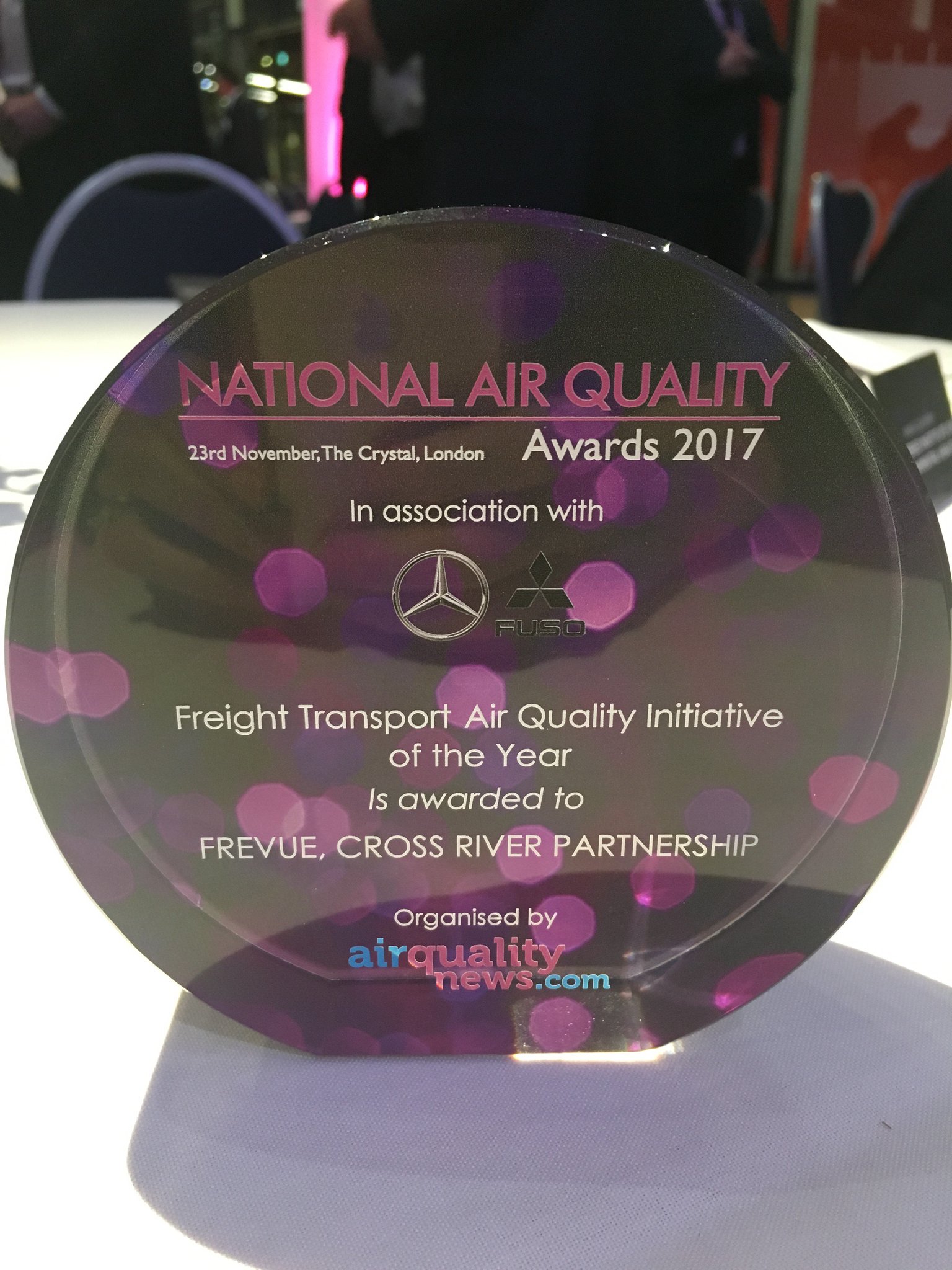